Is Your Dream Spot on One of These ‘Best Places to Retire’ Lists?

When it comes to ultimately using your retirement wealth-building program, whatever it may be – 401(k), IRA, Roth, self-directed plan – what are you dreaming of? 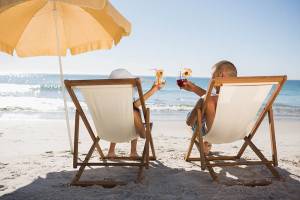 For many people, the dream involves an idyllic place to enjoy life after retirement.

The key to making that dream reality, of course, is coming up with a smart savings plan that will bring you the best return on investment – and then sticking to it!

At Investment Resource of AZ, LLC, we’ve helped clients successfully roll over millions of dollars into self-directed IRA accounts and many of them now are enjoying their own slice of paradise. Ask us how we can help you do the same.

Is Your Dream  Spot on One of These ‘Best Places to Retire’ Lists?

Las Terrenas, Dominican Republic – “On the country’s northeast coast, this is not just another sandy Caribbean beach town. This island outpost is more cosmopolitan than you’d imagine. This means fresh baguettes, sophisticated restaurant menus, kisses on both cheeks in greeting, waitstaff who are alert and attentive and other similar niceties.” (Estimated cost of living: $1,500 per month)

Medellin, Colombia – “Medellin is a city of parks and flowers that is pretty, tidy and pleasant. … Thanks to its mountain setting, Medellín is one of a handful of cities around the world that qualifies as a land of eternal springtime.” (Estimated cost of living: $1,900 per month)

Abruzzo, Italy – “The Abruzzo region is the most overlooked and undervalued in central Italy. … At certain times of year you can even ski in the morning and swim in the afternoon. Low-cost flights give you affordable access to the rest of Europe. Abruzzo is a top choice for old world living on the Continent.” (Estimated cost of living: $1,500 per month)

Mazatlan, Mexico – “Mazatlán is one of the few places in the world where you can walk for miles on an uncrowded beach within the city limits. Located about midway along Mexico’s Pacific coast, Mazatlán is making a comeback.… The focal point is Plaza Machado, which is now surrounded by busy outdoor cafés and international restaurants.” (Estimated cost of living: $1,370 per month)

Ambergris Caye, Belize – “If your overseas retirement fantasies are aquamarine and sandy, put Ambergris Caye at the top of your list. The diving and snorkeling, the color and clarity of the water and the abundance and variety of sea life in this country is unparalleled.On Ambergris Caye you can live a simple and relaxed life by the water. There are only a handful of streets and very few cars on the island.” (Estimated cost of living: $2,170 per month)

Cuenca, Ecuador – Cuenca is a lovely and historic town that predates the arrival of the Incas in a majestic setting. Cuenca’s large center has a wealth of colonial homes with interior courtyards, thick adobe walls and iron-railed terraces looking down onto the street, punctuated regularly by plazas and squares. Travelers come from the world over to enjoy these square blocks of history, study in Cuenca’s world-class language schools and to experience a rare glimpse of unadulterated life in an Andean colonial city.” (Estimated cost of living: $1,135 per month)

Languedoc, France – “Languedoc is historic, colorful, eclectic, always changing, authentically French and at the same time very open to retirees. Villages here date from prehistoric times, but the feel of this part of France is medieval. Living here is simple and traditional, while still offering all the services and amenities of modern life.” (Estimated cost of living: $1,590 per month)

Kuala Lumpur, Malaysia – “This is a country of contrasts. The ultramodern city center in Kuala Lumpur, with its many skyscrapers, overlooks Kampung Baru, a traditional Malay village and the city’s oldest neighborhood. Kampung Baru has somehow managed to survive completely untouched by modernity, less than half a mile away from the downtown area.” (Estimated cost of living: $1,580 per month)

Chiang Mai, Thailand – “The cost of living in Thailand can be temptingly affordable. The way of life is exotic and idyllic, full of adventure and discovery and, at the same time, completely at peace. … You will meet people from all around the world, who are all looking for new lives in an exotic, beautiful, welcoming and almost unbelievably affordable part of the world.” (Estimated cost of living: $1,365 per month)

Now, for those who prefer to stay closer to home, here’s a look at Forbes’ 2018 list of the top 25 places to retire in the U.S. The authors say: “Our list, of course, is about not only living affordably, but living well. So we look at a raft of quality-of-life indicators … And we look for places that support healthy aging. … We also weigh attributes that foster an active–and hence healthier– retirement.Still another lifestyle factor we consider is a city’s rank for volunteering–an activity that is playing a growing role in Boomers’ search for a meaningful retirement.”

Here’s a quick snippet of information from Forbes’ stunning slideshow, followed by a bit a trivia about each location.

Green Valley, Arizona – Scores of retirement communities with a combined population of 32,000, 20 miles south of Tucson in the Santa Cruz River Valley toward the Mexican border. Some 15 species of hummingbirds in area.

Largo, Florida – Sunny Florida town of 82,000 between Gulf of Mexico and Tampa Bay, west of Tampa. Named for a lake later drained for development.

Lexington, Kentucky – “Horse Capital of the World” and college town (University of Kentucky, Transylvania University) of 318,000, in center of Kentucky. Named for Lexington, Massachusetts.

Lincoln, Nebraska – Nice mix of state capital and college town (University of Nebraska) with a population  of 280,000, 50 miles southwest of Omaha. Home of U.S.’s only one-house state legislature.

Madison, Wisconsin – Another appealing combo of state government and academe (University of Wisconsin), plus local lakes, in city of 255,000. Official local bird is plastic pink flamingo.